With the advent of e-governance, administration is now easy for diverse departments. Information Technology has changed the way government departments function. services have become fast and efficient. You can witness this change also in cities of Telangana. 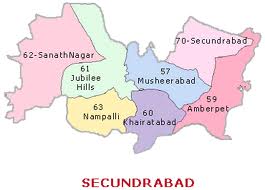 Police in Secunderabad too is prompt in maintaining law and order in the city. There are cyber cells and special police stations for women. The traffic police takes care of streamlined traffic movement in the city.

During the British rule, Victorian Prison was used as confinement quarters. It is situated just near the Tirumalgiri (Trimulgherry) fort. It is no more  used as a jail. However, 15 kms from Secunderabad, there is a jail known as Cherlapalli Central Jail. One of the oldest jails located in old city of Hyderabad in Chanchalguda locality is the Chanchalguda Central Jail. It is known also for its architecture and design.