Welcome to Secunderabad! Known as the twin city of Hyderabad, it is geographically divided by Hussain Sagar lake. Though historically different with diverse cultures and history it is yet joined together as single Municipal units.

Secunderabad is situated on the Deccan Plateau, towards North of Secunderabad. It comprises of hilly terrain. Secunderabad was 200 years old in June, 2006 and celebrations took place here to celebrate and mark the occasion.

Secunderabad developed directly under the British rule while Hyderabad was the capital of Nizam's princely state. This is the reason why there are so many Christian missionary schools in this place.

Secunderabad has been named after the III rd Nizam of Asaf Jahi dynasty - Sikandar Jah and was founded as a British cantonment in 1806. It does not come as a surprise then that Secunderabad is one of the largest cantonments in India with base of Army and Air Force. Village Ulwul was renamed as Secunderabad in 1803 by Nizam Sikandar Jah after himself.

The Hussain Sagar lake that separates the twin cities is a man-made lake which was constructed in 16th century during the reign of Qutb Shahi dynasty. Did you know that the official language of Secunderabad was English? Click here for more information on history of Secunderabad 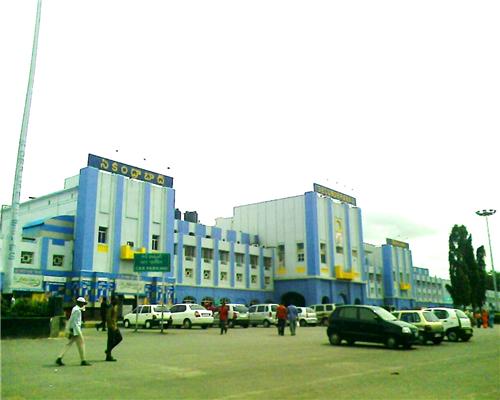 Secunderabad Railway Station was established in 1874. It is the zonal headquarters of South Central Railway. The station is also one of the largest in India. Secunderabad is a major railway junction in Wadi-Vijayawada railway route. Secunderabad and Hyderabad are connected by Rashtrapati road (earlier known as King's Way) and M G road, also called James street, via Tank Bund.

The Gandhi hospital established in 1851 was earlier known as The King Edward Memorial Hospital.
Old Jail complex (Civil jail) and Rashtrapati Nilayam,  constructed in 1860 and earlier known as the Residency House, Sir Ronald Ross Institute (where research on cause of malaria was conducted), Trimulgherry Entrenchment (place where British troops were stationed) are other important landmarks of this place.

National Institute of Nutrition, Center for Cellular and Molecular Biology, Indian Institute of Chemical Technology in Tarnaka near Secunderabad are some Research Institutes of this place.

A large population of Anglo-Indians reside in South Lallaguda area of Secunderabad. This area has been popularly called little England. It is nevertheless a cosmopolitan city with all communities living amicably together - from Parsis, Anglo-Indians, British and other local populace.

In 2007, GHMC (Greater Hyderabad Municipal Corporation) was established. The main purpose for this municipal body was taking care of infrastructure and administration in Secunderabad.


When to Visit Secunderabad

From late February to June, it is hot in Secunderabad. Monsoon months are from June to early October while winters continue from October to early February. The climate here is Equatorial type of climate all through the year with very hot summers and very cold winters. Even humidity during summer months is quite high.


Entertainment and Media in Secunderabad

Plaza cinema and Sangeet cinema are popular cinema halls of this place. There are many shopping centres, restaurants, clubs too here. There are more residential complexes and Railway and Army institutions in Secunderabad than government offices. 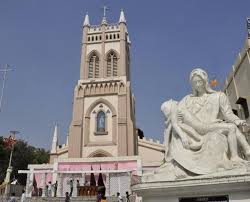 Popular tourist destinations in Secunderabad which are actually located in Hyderabad include AP State museum, Birla mandir, Trimulgherry fort, Victorian prison, Charminar, St. Mary's church, Nehru Zoological Park, Salar Jung Museum, Trinity Church, and Golconda Fort. Best time to visit Secunderabad is during winter months as Hyderabadi cuisine is enough to give you the warmth of home! If you come prepared with woolens, you will be comfortable enough to venture out to various locations here.

Department of Atomic Energy with its various units - Atomic Minerals Directorate for Exploration and Research, Nuclear Fuel Complex and ECIL etc. are located near Secunderabad. Bolarum, Nacharam, Moula Ali, Uppal and hatkesar are industrial areas in Secunderabad. Click here for details on economy of Secunderabad

Secunderabad has sports lovers and this can be gauged from the big grounds and parks here. However, quite surprising that there is no major stadium here. The spirit for sports is ignited by the presence of Parade Ground, Bollarum Golf Course, Railway Golf Course, Gymkhana Ground, Polo Ground etc.